By Jim Taylor. Under the Toxic Substances Control Act (TSCA), EPA issued a “significant new use rule” (SNUR) at the end of October for the chemical substance identified as 1-Propene, 2,3,3,3-tetrafluoro-. The chemical is also known as HFO-1234yf.

The chemical was also the subject of an earlier EPA pre-manufacture notice (PMN) which requires anyone who intends to manufacture, import, or process the chemical for a significant new use (as identified by this final rule) to notify EPA at least 90 days before commencing.

The chemical addressed under this final SNUR is also being reviewed under the Clean Air Act (CAA) to determine whether it may be listed as an acceptable substitute for CFC-12 in motor vehicle air conditioning systems.

EPA states believes that this action is necessary because the chemical substance may be hazardous to human health. The required pre-manufacture notice will provide EPA with the opportunity to evaluate the intended use and, if necessary, to prohibit or limit that activity before it occurs.

To determine what would constitute a significant new use for HFO-1234yf, EPA considered relevant information about the toxicity of the chemical substance, likely human exposures and environmental releases associated with possible uses.

Among some other changes, the new and final SNUR modifies the original proposed rule by removing two significant new use provisions, namely that:

One commenter stated that the training and equipment requirements currently in CAA section 609 relative to other refrigerants would not be necessary for environmentally safe usage of HFO-1234yf during initial charging in an automobile assembly plant.

The commenter stated that section 609 certification is not currently required for automobile assembly plants workers or equipment, and that manufacturers perform their own training programs. Additionally, it was noted that OSHA requirements for handling flammable substances already fully address the flammability-related HFO-1234yf worker safety issues in automobile assembly facilities.

EPA responded that they recognize that the requirements for certification contained in CAA section 609 are reserved only for the MVAC servicing sector, i.e. “service for consideration,” which includes technicians being paid either with cash, credit, goods, or services. EPA noted that some areas of service do not require certification, including

In 2011, EPA expects to propose regulations under CAA section 609 that specifically address requirements for servicing using HFO-1234yf (e.g., certification of refrigerant handling equipment). EPA also expects that during initial OEM charging, general industry requirements for personal protective equipment, training and other measures for working with chemicals that may pose risks to their health and safety, are already applicable. EPA noted that any further restrictions under this final SNUR would be redundant and unnecessary.

Another commenter expressed concern that HFC-134a refrigerant has been used to deliver chemicals into A/C systems for the advertised purpose of increasing cooling performance, injecting oil, trace dyes, sealants to stop refrigerant system leakage, etc. The commenter requested that EPA not allow use of HFO-1234yf as transfer/delivery agent for such purposes.

Under the SNAP program, the requester would then be allowed to market HFO-1234yf as an aerosol propellant 90 days after submission of a complete notice. Similarly, under the SNUR, that person would also need to submit other paperwork 90 days before engaging in a use other than as a refrigerant in MVAC.

The new refrigerant is continuing its long journey through approval introduction, and acceptance.

Want to get more technical information like this? Come to the MACS 2011 Convention and Trade Show, MACS-I-MIZE Your Opportunities for Success! January 27-29, 2011 at Disney’s Coronado Springs Resort in Orlando, Florida. 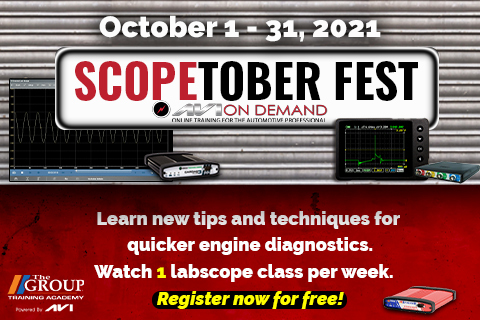